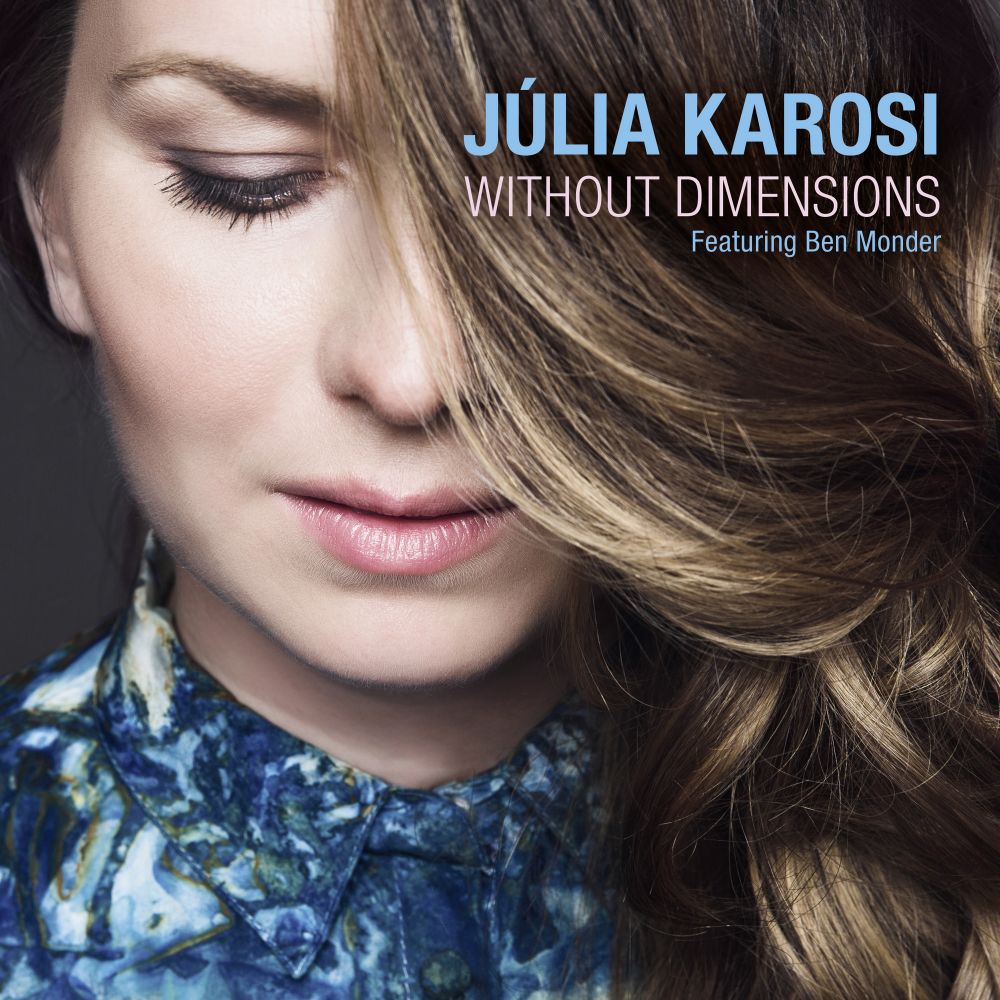 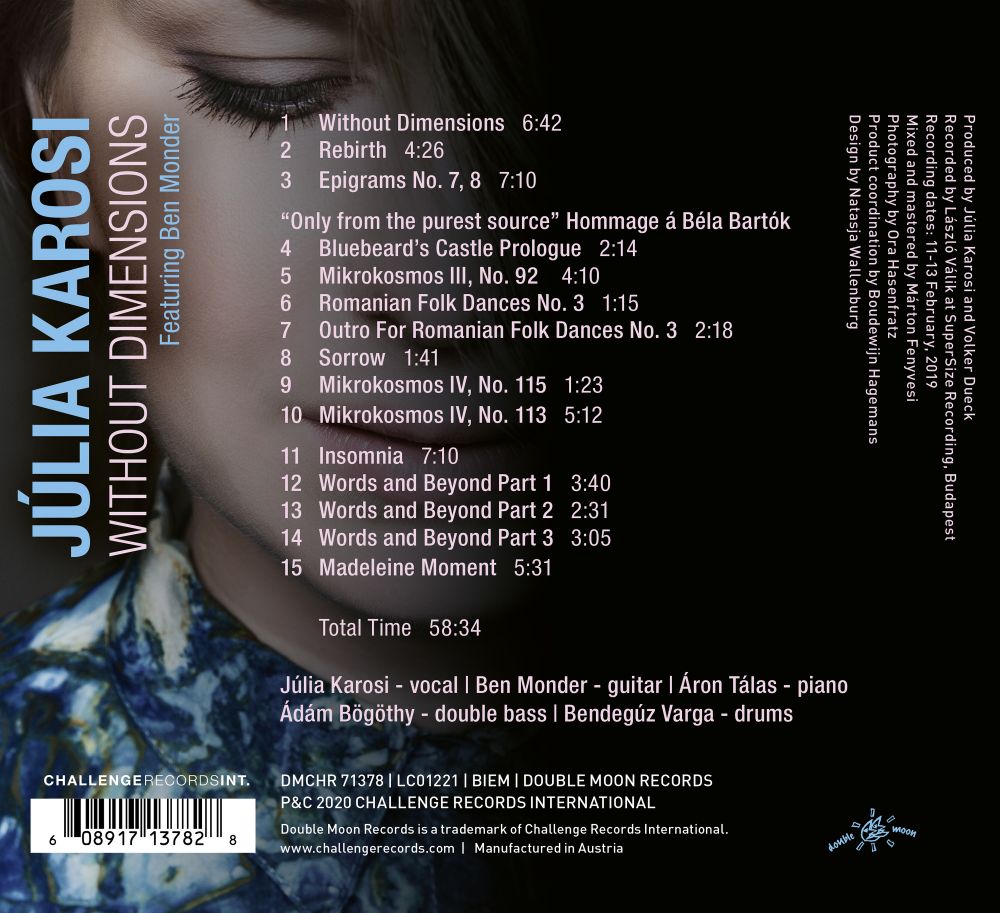 "... Every title and every sung or played note seems like a special form of coming home..."

You could almost say it was in her blood. But vocalist Júlia Karosi definitely doesn't want to make it that easy for herself and those listening to her. Adapting the music of the two great Hungarian composers of new classical music, Béla Bartók and Zoltán Kodály, to the context of modern jazz is a Herculean task. With the help of American star guitarist Ben Monder – also an ardent Bartók fan – and an exquisite selection of inspired and virtuoso compatriots, Karosi masters this in a grandiose way.

“I have always wondered whether music belongs to one of the dimensions that is theorized in the standard model of modern physics. I gave my subjective answer in the title of this album: There isn't any. I believe that the obvious lack of dimensions in music is related to the fact that it can lift us into a sphere in which time and space no longer play a role.” The philosophical approach of Júlia Karosi is also derived from the search for traces that the singer embarks on in her fourth album together with star guest Ben Monder as well as her band with pianist Áron Tálas, bassist Ádám Bögöthy and drummer Bendegúz Varga. “Without Dimensions” is by no means limited as a blueprint of American jazz standards, but instead goes deep into the Hungarian soul. Like only a few other composers, Bartók and Kodály represent the musical evolution of their homeland, ranging from the hot-blooded, melancholic Csárdás to the cool, structured modernity of the two classical masters, seething more beneath the surface. “Bartók’s music is the cradle of all Hungarian musicians, a timeless inspiration and also the way to our roots,” Karosi stated, who, like most piano students, was confronted with the music of the great composer, pianist and music ethnologist at a young age in Budapest.

Bartók's microcosm gradually opened up to Júlia Karosi when she studied a six-volume collection of 153 progressive piano pieces during her studies. Later in high school, she came into contact with the works of Hungarian composers in an exclusively female, classical a-cappella group. Such a thing has a lasting impact. Even when Júlia Karosi switched to jazz, Bartók but also Kodály in spirit, had long since been her touchstones in music. That's why the 38-year-old chose “Without Dimensions” to present a dynamic program of newly transcribed vocal interpretations and vital original compositions, such as the title track, which is given a distinctive stamp by Ben Monder's guitar playing, easily identifiable at all times. The medley of Zoltán Kodály's Epigrams Numbers. 7 and 8 goes over into a spoken prologue to Bartók 's expressionist opera “Bluebeardʼs Castle”. The singer provides a proven example of the high art of vocal improvisation in her homage to Bartók in “Only From The Purest Source” as well as in his “Romanian Folk Dances”.

With some programmatic titles, Júlia Karosi also reflects on dramatic moments in her life. “Rebirth” is about the birth of her son, “Words and Beyond” is about a conflict between verbal and nonverbal expressions, and “Madeleine Moment” is about the writer Marcel Proust. Every song, every sung or played tone seems like an intense, elaborate digging for the truth, like a special form of coming home. And for Júlia Karosi, they are simply something close to her heart. “I am often surprised that I have internalized this music so much. It keeps gushing out of me completely unexpectedly.” As if it were an organic part of her. That's not the only reason why a jazz homage to her two heroes was literally inevitable for her. “I hope they don't mind.”

Júlia Karosi is one of Hungary's top jazz vocalists. After graduating from the Franz Liszt Music Academy in Budapest, Júlia founded her own quartet in 2010. Hidden Roots (released in March, 2014 by Dot Time Records, New York) was her second CD as a leader and the follow-up to the successful Stroller of the City Streets (released in February, 2012 by Whereabouts Records, Japan). Hidden Roots contains a number of Júlia's original compositions and as the name eludes to, arrangements of Hungarian folk songs.

Júlia Karosi had a classical training which is evident not only in her impeccable technique and expressive tonalities, but in her choice of repertoire and musical universe as well. Beside her own compositions, the singer is keen to select folk songs and songs by composers such as Béla Bartók, Zoltán Kodály, or George Gershwin – but always keeps her personal story in the forefront expressed through the devices of jazz music.

On her forthcoming new full-length album Without Dimensions, Karosi and guitarist Ben Monder reexamine and reimagine the works of Béla Bartók and Zoltán Kodály in a contemporary jazz setting. Half original music, half arrangements of Bartók/Kodály compositions, Without Dimensions is also an extraordinary exploration of Hungarian heritage. This is Karosi's fourth full-length release as a leader and features Áron Tálas on piano, Ádám Bögöthy on double bass and Bendegúz Varga on drums. It will be available via Double Moon/Challenge Records in October, 2020.

"Karosi has a lovely voice and she uses her instrument with an infectious creative artistry. Her album and its musical choices suggest very clearly that Hungarian traditions are mine seams waiting for the knowing miner." (Jack Goodstein)

"As a jazz reviewer, I hear such a plethora of vocalists who are popping out albums like corn kernels at a movie theater, many that are bland as unsalted butter. It's so wonderful to hear a fresh voice that is full bodied, melodic and not nasal, and one that is composing and arranging her own music." (Dee Dee McNeil)

"I had only listened once before sitting down to write the review, but found Julia's voice simply stunning when I got back 'round to it. I give Julia & crew a MOST HIGHLY RECOMMENDED, with an "EQ" (energy quotient) of 4.99." (Dick Metcalf)

"Posing no real answer to the question of what is jazz, Karosi and her pals aren't worried about it in the least, they just play. The boundaries are pushed nicely and not radically, and the chops on display cut across all languages and borders." (Chris Spector)

"The real attraction is the extraordinary musicality of Julia Karosi - a resplendent voice, full of beauty and intelligence, all that and a team of superb musicians backing her." (Grady Harp)

... Together with her Hungarian band and US guitarist Ben Monder as star guest, the charismatic singer creates a whole range of sounds and moods with her lyricless singing...
Bauer Medienhaus, 6 Newspaper area NRW, 17-11-2020

Júlia Karosi's "Without Dimensions" bridges classical and jazz and seeks to transcend the physical dimensions with the musical in time and space.
Jazzhalo, 09-11-2020

... Likewise in the piece "Mikrokosmos IV, No. 113", which Karosi sings in a rousing manner and to which Monder adds the icing on the cake with a solo full of dramatic climaxes... She does this splendidly and thus shows how fruitful the integration of Bartok's music into jazz can be.
Jazzpodium 3 4 2021 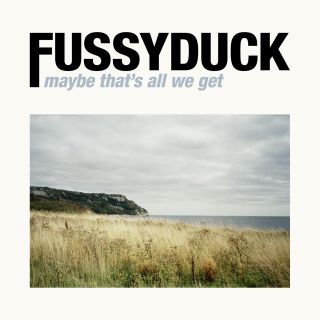 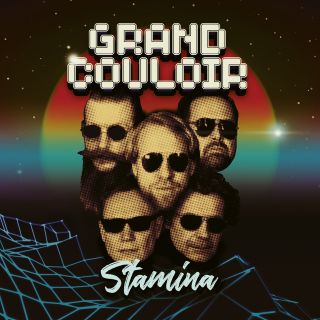 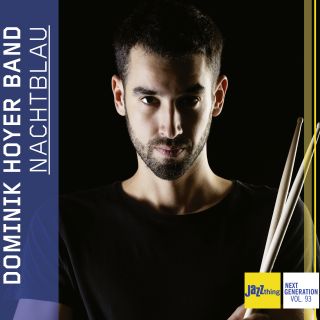 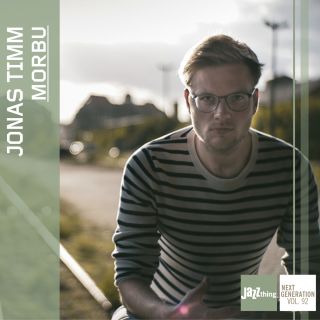 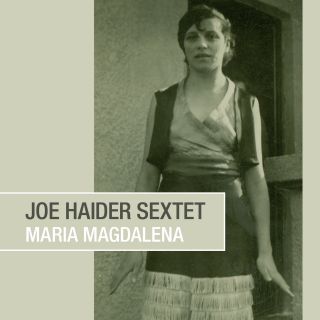