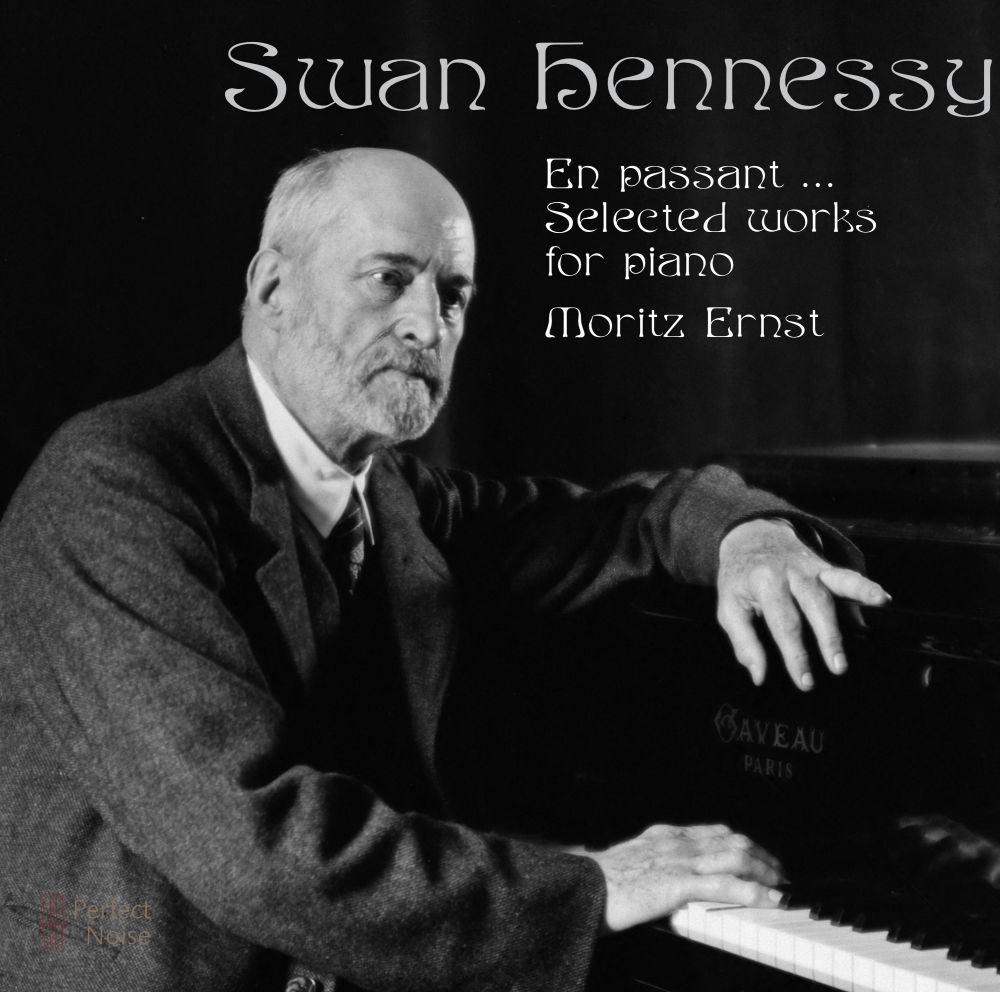 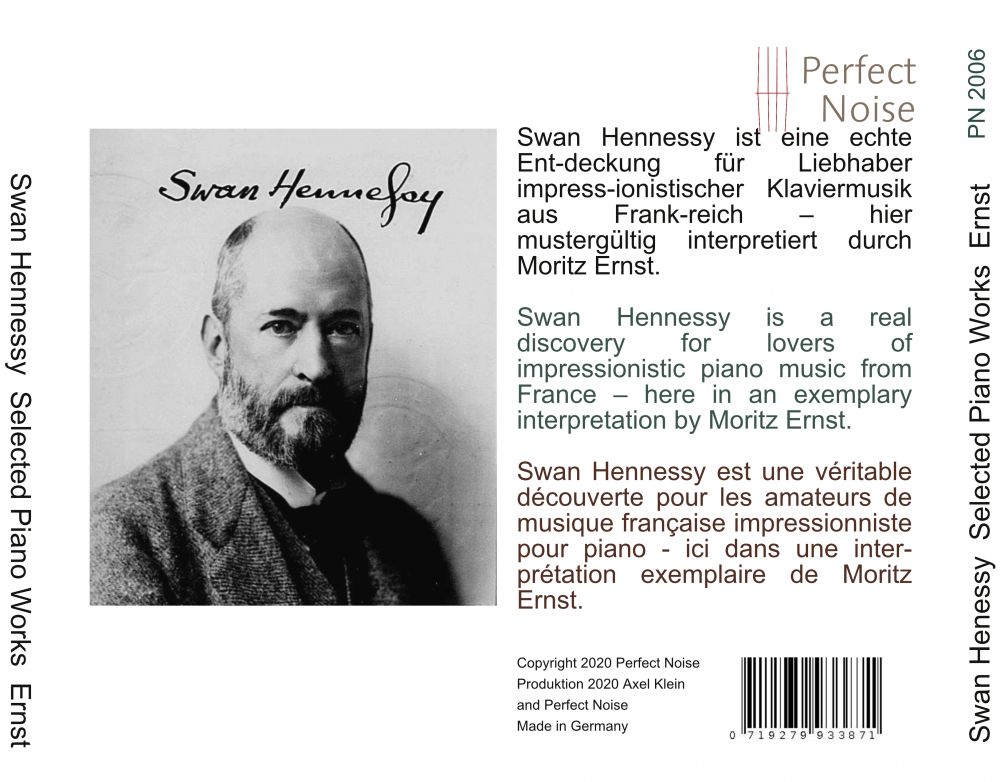 Swan Hennessy is a real discovery for lovers of impressionistic piano music from France. Swan Hennessy was born in Rockford, Illinois, of Irish origin and grew up in Chicago. Swan Hennessy's music before 1900 was heavily influenced by his conservative education and his teachers' predilection for the music of Robert Schumann.

Around the time of his move to Paris, he also been an admirer of Max Reger. Although his later music shows the influence of several contemporary stylistic directions, he never shook off this profound influence of the German Romantics.

During the period 1907 to 1913, Hennessy wrote increasingly in an Impressionist style, with a prolific series of piano works and art songs in a descriptive and programmatic style inspired by sounds in his environment including nature, traffic, and industry. He also excelled in humoristic and satirical pieces, similar to but independent from Satie.

Moritz Ernst, born in 1986, started playing the piano already at the age of five.

After finishing High school as early as 16, he started studying piano and musicology in Detmold, followed by further extensive studies, especially in London under Peter Feuchtwanger, but also at the Music Academy in Basel (where he studied the harpsichord as well at the Schola Cantorum). Still studying, Moritz Ernst started performing extensively, leading into a career that by now has reached global activity.

Alongside his performance schedule he conducts masterclasses at venues like New England Conservatory, Boston, Royal Academy Malmö, Music Academy Stuttgart or in Asia at venues like Shanghai Conservatory, Mahidol University, Bangkok or University of the Philippines. Moritz Ernst loves the recording studios, this led to a series of highly praised recordings of pieces by Viktor Ullmann, Arthur Lourié, Walter Braunfels and other, often neglected or ostracized composers for which he chooses to cooperate with leading radio stations, such as SWR, SR or Deutschlandfunk Kultur. Currently he works on a complete recording of Joseph Haydns piano sonatas.