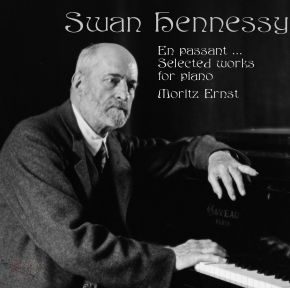 Swan Hennessy is a real discovery for lovers of impressionistic piano music from France. Swan Hennessy was born in Rockford, Illinois, of Irish origin and grew up in Chicago. Swan Hennessy's music before 1900 was heavily influenced by his conservative education and his teachers' predilection for the music of Robert Schumann.

Around the time of his move to Paris, he also been an admirer of Max Reger. Although his later music shows the influence of several contemporary stylistic directions, he never shook off this profound influence of the German Romantics.

During the period 1907 to 1913, Hennessy wrote increasingly in an Impressionist style, with a prolific series of piano works and art songs in a descriptive and programmatic style inspired by sounds in his environment including nature, traffic, and industry. He also excelled in humoristic and satirical pieces, similar to but independent from Satie.