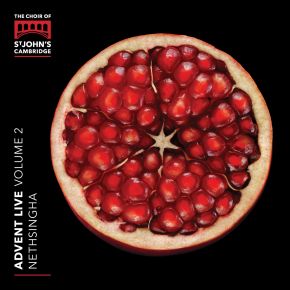 The sublime Choir of St. John’s College, Cambridge return with the second voluume in their Advent series - celebrating the advent season from within the Christian tradition; a season celebrated since at least the sixth century.

This splendid live recording, from within the Chapel of St. John’s College itself, features Christmas favourites, including Britten’s Deo Gracias from A Ceremony of Carols as well as gorgeous performances of lesser known works by modern composers including Jonathan Dove, Arvo Pärt and Paul Manz.