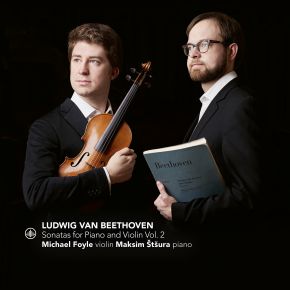 The year 1802 proved to be a year of true challenge for Beethoven, as he finally realised that his decline into deafness was irreversible. However, in this year Beethoven composed some of his most radiant and life-affirming works in that period. Possibly as part of the determination to push the boundaries of his art in pursuit of solace and fulfilment, Beethoven demonstrates a remarkable stylistic shift between the Op. 12 and the Op. 30 Sonatas (written in 1801–2, published in 1803). While the former set was dedicated to Salieri in a nod of appreciation towards his education, the latter was dedicated to Tsar Aleksandr I of Russia, celebrated upon his visits to Vienna in the first part of the 19th Century for his wide-reaching reformist attitude.