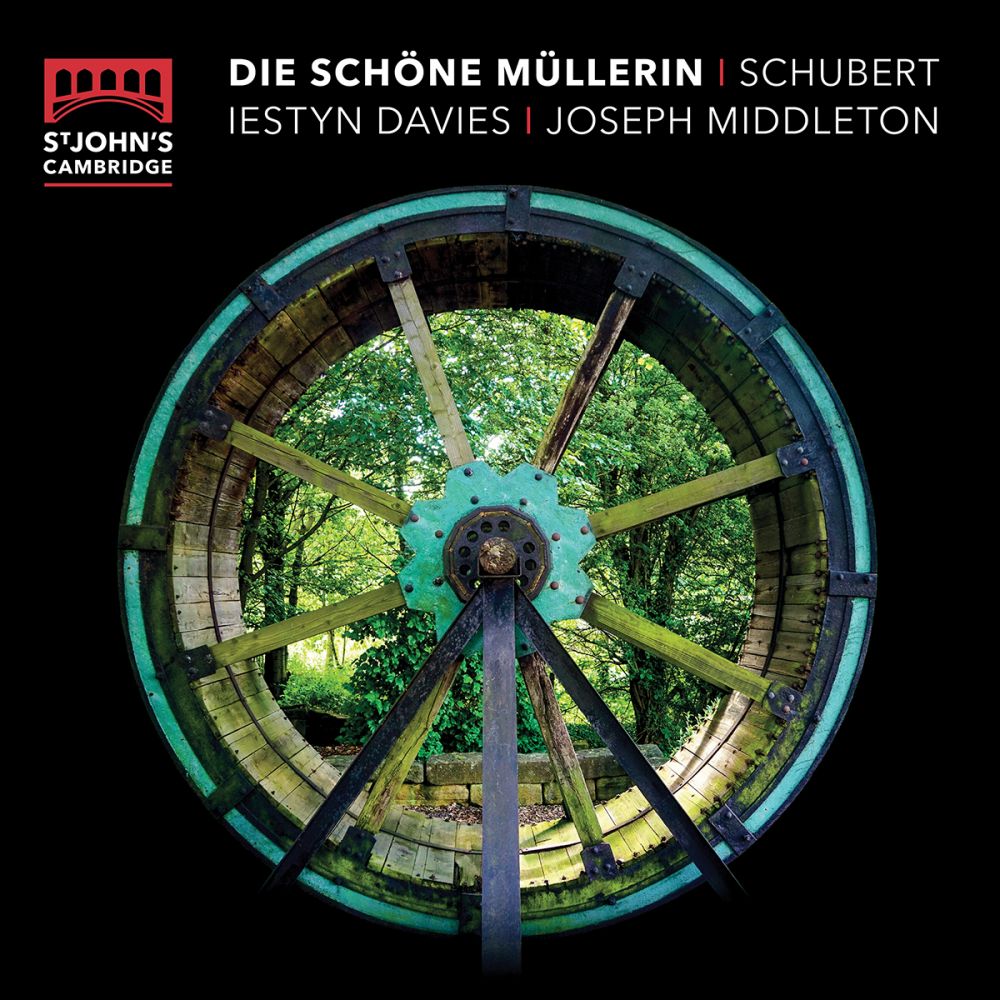 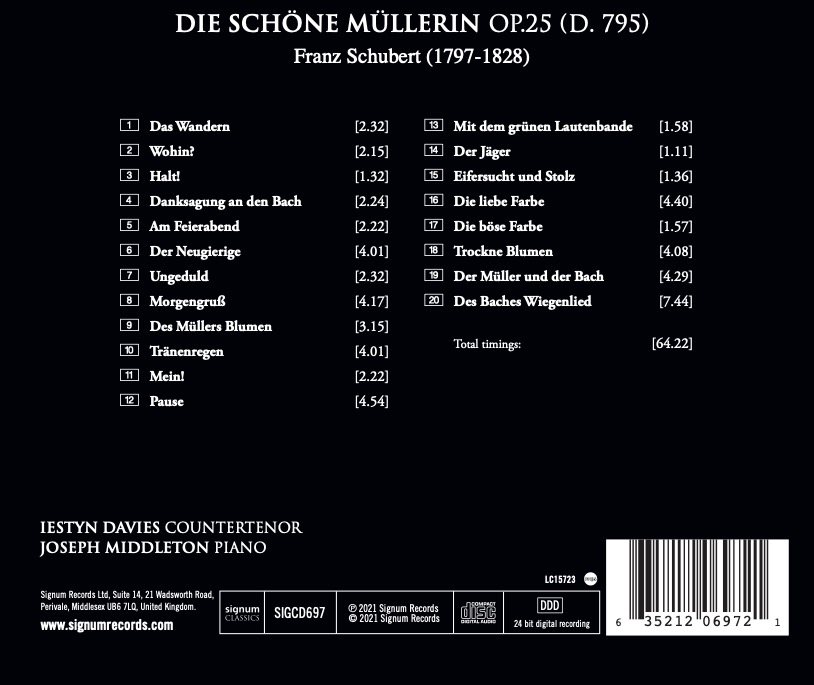 "Iestyn Davies (°1979) is a British counter-tenor widely recognized as one of the world's finest singers, celebrated for the beauty and technical dexterity of his voice and intelligent musicianship....Joseph Middleton (°1981)... .studied at the University of Birmingham, and went on to receive an EMI Entrance Scholarship at the Royal Academy of Music. At the Academy he studied with Malcolm Martineau and Michael Dussek and won all the Academy's prizes for piano accompaniment"

Released under the own label of St John's College, Cambridge, this recording acts as a celebration of Iestyn Davies's formative period at the college; beginning there as a 7-year-old probationer in 1987, he progressed to become Head Chorister, before ultimately returning to study as a choral scholar. Alongside full texts and translations, the booklet includes a background on the work by noted Lied expert Susan Youens, as well as reflections on Iestyn's time at St John's from the College's past and present Directors of Music – Christopher Robinson and Andrew Nethsingha.

Iestyn Davies (°1979) is a British counter-tenor widely recognized as one of the world's finest singers, celebrated for the beauty and technical dexterity of his voice and intelligent musicianship....Joseph Middleton (°1981)... .studied at the University of Birmingham, and went on to receive an EMI Entrance Scholarship at the Royal Academy of Music. At the Academy he studied with Malcolm Martineau and Michael Dussek and won all the Academy's prizes for piano accompaniment
Stretto, 24-12-2021