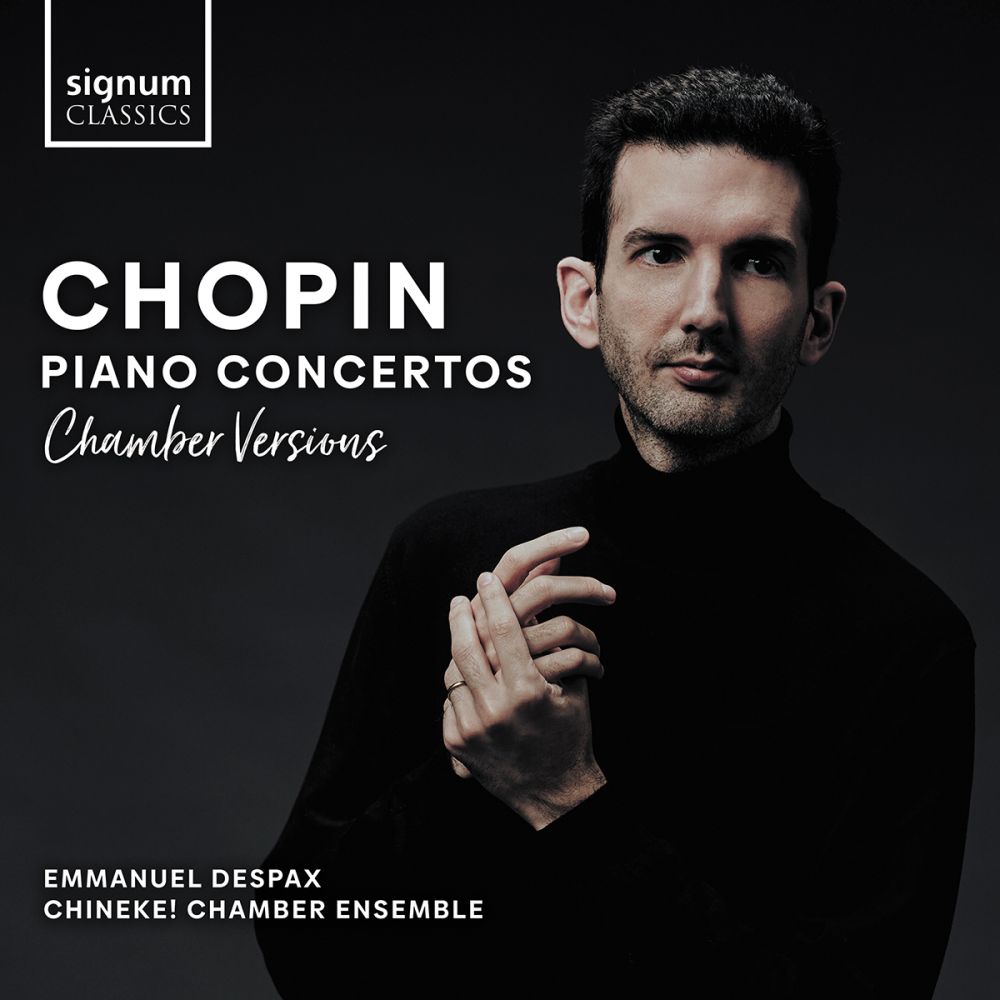 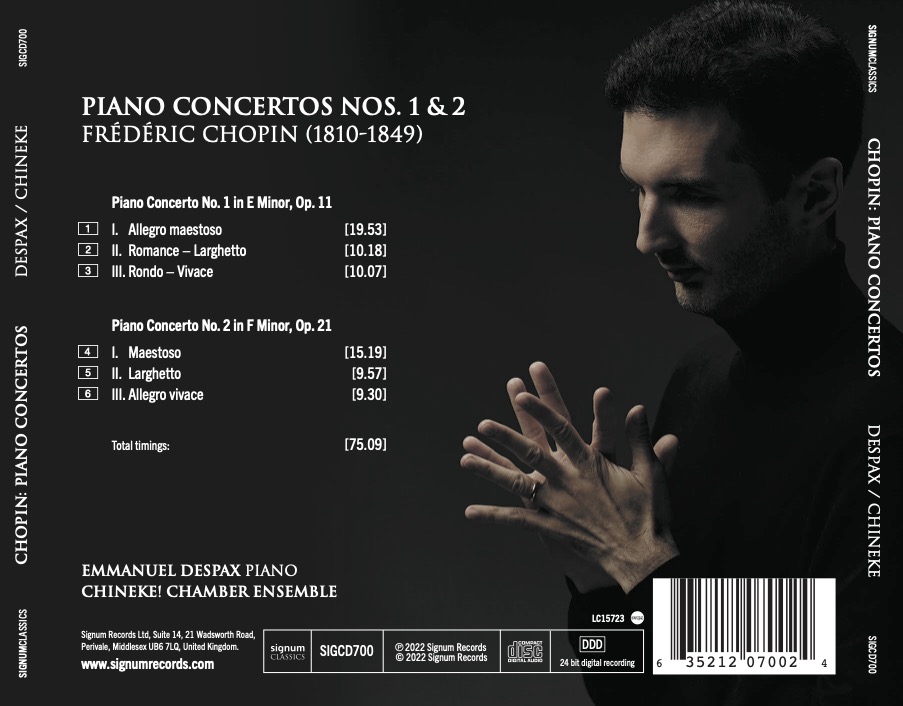 “Chopin’s Piano Concertos are among his first and most significant points of departure, a marked liberation from the constraints of an early but short-lived respect for custom and tradition... I would say that the excep- tional nature of this Chopin recording lies in the combination of the chamber music, quintet slimmed-down version of the Piano Concertos complemented by a pianist who plays with an almost epic size and grandeur.” - Bryce Morrison, 2021

Emmanuel Despax has gained worldwide recognition as a singular artist, whose interpretations bring a rare sincerity and imagination to the music.

Chineke! was founded in 2015 by the double bass player, Chi-chi Nwanoku OBE, to provide career oppor- tunities for established and up-and-coming Black and ethnically diverse classical musicians in the UK and Europe. The Chineke! Chamber Ensemble comprises the principal players of the Chineke! Orchestra.

“Emmanuel Despax is a formidable talent, fleet of finger, elegant of phrase and a true keyboard colourist.” Gramophone

Emmanuel Despax has gained worldwide recognition as a singular artist, whose interpretations bring a rare sincerity and imagination to the music.

Past engagements include two tours of New Zealand, hailed by critics for his recitals in the prestigious Fazioli International Piano Series in Auckland and concerto performances with the Christchurch Symphony Orchestra. In the UK, Emmanuel Despax has also played with the City of Birmingham Symphony and BBC Symphony Orchestras, among others. He is also regularly broadcast on Medici TV, France Musique, BBC Radio 3 and Classic FM UK.

Despax’s critically acclaimed discography includes: The Romantic Piano Concerto, released in 2018 and recorded with the BBC Scottish Symphony Orchestra (Hyperion) with works by Hans Bronsart and Anton Urspruch, two students of Liszt, demonstrated “a wide range of colours combined with an easy virtuosity” (Gramophone). The previous year, Despax’s recording of Chopin’s Preludes Op. 28 made an impression for “its poetic rendering of every detail, transmuting the Fazioli into a 1900s Pleyel, iridescent as needs be” (Diapason – 2017), and was chosen as Classic FM’s Album of the Week. His first CD for Signum Classics in 2013 was devoted to piano concertos by Saint-Saëns (Concerto No. 2) and Stephen Goss, written for Emmanuel Despax, as well as Franck’s Variations Symphoniques.

Recent releases for Signum Classics highlight the eclecticism of the French pianist’s repertoire: The Sound of Music Fantasy (Despax’s own transcription based on themes from the famous musical), Spira, Spera (Bach - after the fire of Notre-Dame de Paris) and a Brahms album, Sixteen Waltzes Op. 39 and Piano Concerto No. 1 with the BBC Symphony Orchestra conducted by Andrew Litton.

Born in Paris and now based in London, Emmanuel Despax started playing the piano in Aix-en- Provence before joining the Yehudi Menuhin School, then the Royal College of Music in London, studying with Ruth Nye, pupil of Claudio Arrau. 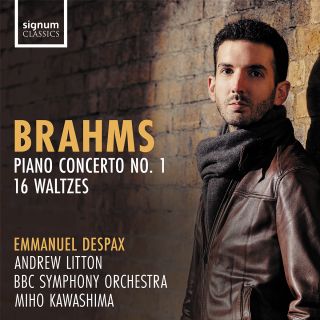