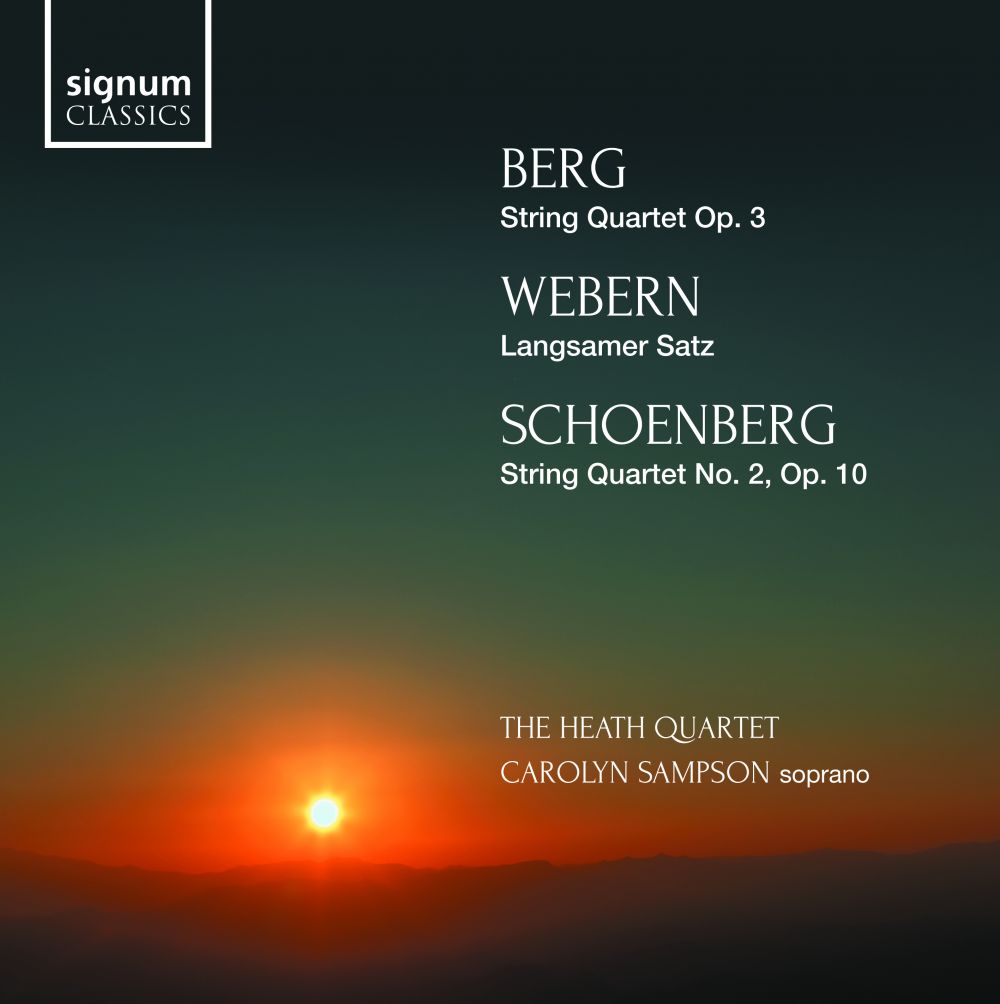 Together the three works on this album demonstrate the extraordinary advances made in the development of the musical language of Schoenberg and his two chief pupils, Berg and Webern, over a period of a mere five years at the start of the 20th century.

The charismatic and sought-after Heath String
Quartet won the 2016 Gramophone Chamber
Award for their recording of the complete quartets
of Sir Michael Tippett, and in 2013 became the
first ensemble in 15 years to win the prestigious
Royal Philharmonic Society’s Young Artists Award.
Formed in Manchester in 2002 they were selected

for representation by YCAT, awarded a Borletti-
Buitoni Special Ensemble Scholarship and won the

Ensemble Prize at the Festspiele Mecklenburg-
Vorpommern where they are now regular visitors.

Following their award-winning debut recording
of Tippett on the Wigmore LIVE label, the quartet
recorded two discs for the Harmonia Mundi/
PIAS label featuring Tchaikovsky’s first and third
quartets (2016) and the complete Bartók quartets
(2017), the latter being shortlisted for the 2018
Gramophone Chamber Award and the winner of
the 2017 Limelight Chamber Recording of the
Year award.
Notable concert performances have included
the world premiere of John Tavener’s Requiem
Fragments at the BBC Proms, performances
with actors Olwen Fouéré, Jeremy Irons and
Alex Jennings juxtaposing the Four Quartets of

TS Eliot with Beethoven, and a single-evening

in ENO’s Fidelio production, playing Beethoven
while suspended above the stage.
In the UK they perform regularly at Wigmore Hall
and have appeared at Barbican, Bridgewater
Hall, Sage Gateshead, Perth Concert Hall, Saffron
Hall, Queen’s Hall Edinburgh and the Aldeburgh,
Brighton and Cheltenham Festivals. European
highlights include the Kissingen Winterzauber
and Schwetzinger Festivals, Pierre Boulez Saal
Berlin, Elbphilharmonie, Beethoven-Haus Bonn, Musée d’Orsay and Louvre Auditorium in Paris,
Concertgebouw Amsterdam, deSingel Arts
Centre in Antwerp, Palau de la Musica Catalana in
Barcelona, Vara Konserthus in Sweden, Esterházy
Palace, and the Musikverein and the Konzerthaus
in Berlin and Vienna. Further afield they have
performed at Carnegie Hall, Walter Hall in Toronto,
Adelaide Festival of the Arts and throughout New
Zealand. They have also held several residencies
at Middlebury College, Vermont.
Strong exponents of contemporary music, the
quartet have worked with leading composers
including Hans Abrahamsen, Brett Dean, Helen
Grime, Sofia Gubaidulina and Steve Mackey. The
quartet has enjoyed a number of collaborations
with the director Calixto Bieto and in 2018
embarked on a co-production between Birmingham
REP and Holland Festival “The String Quartet’s
Guide”, which toured throughout Europe.

CAROLYN SAMPSON
Equally at home on the concert and opera stages,
Carolyn Sampson has enjoyed notable successes
in the UK as well as throughout Europe and the US.
On the opera stage she has appeared with English
National Opera, Glyndebourne Festival Opera,
Scottish Opera and Opéra de Paris, amongst
others, and she regularly performs at the BBC
Proms and with orchestras including the Bach
Collegium Japan, Nazionale di Santa Cecilia,
Royal Concertgebouw Orchestra, Rotterdam
Philharmonic, Vienna Symphony Orchestra and
with numerous orchestras in the UK & USA.
A consummate recitalist, Carolyn Sampson
appears regularly at the Wigmore Hall where she
was a “featured artist” in the 14/15 season. She
has given recitals at the Oxford and Leeds Lieder,
Saintes and Aldeburgh Festivals as well as at the
Amsterdam Concertgebouw, Barcelona, Freiburg,
Oper Frankfurt, Pierre Boulez Saal Berlin, Vienna
Konzerthaus, and a recital tour of Japan.
Carolyn has released multi award-winning discs
for multiple record labels including BIS, Decca,
Harmonia Mundi, and Hyperion, receiving
accolades including the Choc de l’Année Classica,
Gramophone Magazine Editor’s Choice, BBC
Music Magazine’s “Record of the Month”, an
ECHO Award, and a Diapason D’or. Her recording
with Ex Cathedra for Hyperion, ‘A French
Baroque Diva’ won the recital award in the 2015
Gramophone Awards. Carolyn was also nominated
for Artist of the Year in the 2017 Gramophone
Awards, and her recording of Mozart’s Mass in C
minor and Exsultate Jubilate with Masaaki Suzuki
and Bach Collegium Japan won the Choral Award.
Their subsequent recording together of Bach’s
St Matthew Passion also won the Choral Award in
the 2020 Gramophone Awards. Carolyn recently
released her first solo orchestra CD, Canteloube
‘Chants d’Auvergne’ with Tapiola Sinfonietta and
Pascal Rophé. 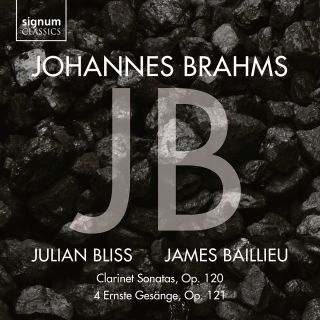