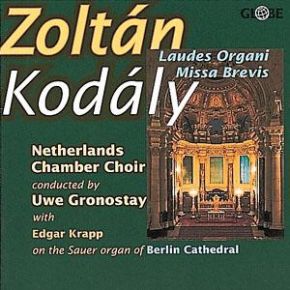 Edgar Krapp was born in Bamberg in 1947; he studied organ with Franz Lehrndorfer in Munich and with Marie-Claire Alain in Paris. On winning first prize in the Munich ARD-Wettbewerb, he quickly profiled himself, while playing in Europe, America and Japan, as a musician who combines virtuosity with a decided feeling for style and musical individuality. His repertoire spans music from the early Baroque to the present day. He has co-operated in many recordings for CDs, radio and television; for three of them he received the Deutsche Schallplattenpreis and the Grand Prix du Disque. Edgar Krapp has been leader of the organ class at the Frankfurter Musikhochschule since 1974, as successor to Helmut Walcha.