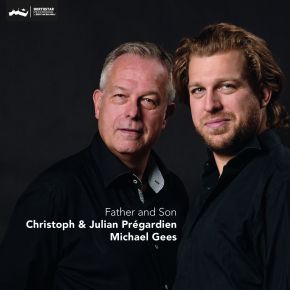 The conditions under which Schubert’s art of the song developed into a kaleidoscopically incandescent spectrum that crossed over genres and the institutionally set, historical boundaries disappear today as a rule under the pedestal that the late nineteenth century began to erect for the composer. The traces of improvisational practice were increasingly lost within a music culture that stylised the printed manuscript into a quasi sacred object. A particularly successful way of leading back to a fundamental impetus in Schubert’s art of the song is through an approach towards the songs that takes the moment of spontaneous performance seriously as a communicative act, without denying the work character of Schubert’s music. The idea of ‘one’ universal human voice seems to materialise with particular intensity in the commingling of two voices of similar timbre, which can permanently interchange and double their identity. Based on our knowledge for instance of the Schubertiade reminiscences of 1868, remembered and noted down by Moritz von Schwind, can we not imagine that the ‘Schubert singers’ Johann Michael Vogl and Karl von Schönstein might indeed have sung alternately (or even in unison)?

Christoph Prégardien:
When a second part suddenly crops up in a Schubert song, many people say of course: are we allowed to do this to Schubert? Even I had to be persuaded at first to consider the improvisational element, however, our approach to adopting it didn’t happen arbitrarily, but in the context of our awareness of music-making in past centuries.

Michael Gees:
You can formulate reasons that aren’t based on historical knowledge but ensue from the music itself. "Nacht und Träume” (Night and Dreams), for example – you listen to this music, you hear that it bears a potential within: the potential of starting out from the rather simple structure and being able to ramify practically into endlessness. This opens up spaces in which you can go on fantasising without bounds. In this context our versions are not actually “contrived”, but formed by “eavesdropping” on the music itself to a certain degree. If I hear it, I hear something like another “I”, another self, a corresponding multi-voice being.

Julian Prégardien:
In our arrangements we first and foremost wanted an encounter with the prodigious complexity of Schubert’s oeuvre in lied and to show that boundaries overlap! Schubert composed the song “Widerspruch” (Contradiction) in two versions in any case – namely the solo version and as an ensemble lied – and we are now in a way adding a third. With “Licht und Liebe” (Light and Love) we have also included an original composition for two voices, as well as dramatic ballads, convivial vocal ensembles and elegiacally meditative solo songs which we have “heard” anew and arranged in various ways.

17-01-2015 BR.de
"This CD shows in a moving way how beautiful it can sound when father and son harmonize. Both lyrical tenors sing full of emotions, full of nuances, smooth and savouring the floating beauty, melancholy and dramatic art."
14-01-2015 NDR Kultur
"A boon for the ears!"
06-01-2015 WDR TonArt
"The intonation is flawless, they breath jointly and phrase neatly. A benefaction for the ears."
02-01-2015 oblivionsoave.wordpress.com
""It does not really go any further than rustic comfortableness.""
31-12-2014 De Volkskrant
"4**** stars
"Christoph and Julian make sure that sentiment never flows into sentimentality. But they do not hide the fact that they enjoy doing this very much, senior with his refined voice, junior with his very promising glow."
"

["].. it was inevitable  that father and so would make recordings together, and here we have a remarkable programme which explores the possibilities of duets in Lieder."


"
27-11-2014 http://www.musicomh.com
""Together all three performers showed the requisite feeling for Schubertian line and dynamics""
26-11-2014 Crescendo
"Interview - Striking is not only the same voice type but also the incredible similarity of the two voices"