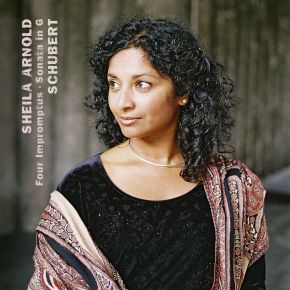 If I try to put the essence of these works into words, I find it hard to remain objective, for subjectivity is this music's true core. Indeed we are confronted here with a series of different forms: sonata form, ABA form, theme with variations, rondos and dances. Yet those very forms start to metamorphose as we approach the threshold of musical Romanticism - and its forerunners were Romantic poets, several of whom Schubert counted among his close circle of friends. In contrast with cosy Biedermeier placidity, the painful isolation and yearning of deeply sensitive individuals is something equally omnipresent in that troubled age, and ultimately it does not make any difference whom or what the yearning is for. Here we have brooding meditation, fragments, inner disruption, the dissolution of the borders that separate reality from the world of appearances, life form death: nature experienced as a projection of one's own inner emotions, inside is outside'. Instead of an old-fashioned doctrine of the affections, Schubert traces a psychogram. That is the context within which I view the Four Impromptus D 899 and the so-called 'Sonata-Fantasia' D 894. These works have been part of my life since early youth. My view of them has obviously shifted several times, and will hopefully continue to do so. This recording not only reflects the influences of daily life and the encounters I have enjoyed with wonderful people and literature: it likewise captures a glimpse of my attitude in a fleeting moment, particularly my experience with historical instruments - a passion I have been pursuing for almost twenty years.' - Sheila Arnold