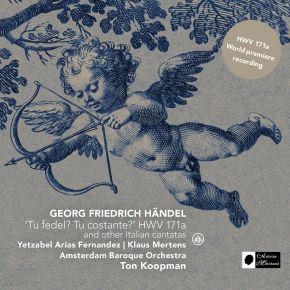 Sometime in late 1705 or 1706 Georg Friedrich Händel, like many German composers before him, travelled to Italy, then the fountainhead of European music. During the next three years he paid extended visits to Rome and also spent time in Florence, Venice and Naples. In 1709-10, perhaps after a year back in Hamburg, he returned once again to Florence and Venice. Rather than studying with some Italian master, as others had done, he quickly established himself as a virtuoso performer and composer, enjoying the support of leading patrons and composing numerous cantatas.
Lost music from Handel’s years in Italy rarely comes to light. So it was with considerable excitement that in 2015 I found myself looking at a previously unknown and largely different version of the cantata “Tu fedel? tu costante?”, HWV 171 uniquely preserved in a manuscript belonging to Ton Koopman. As so often it was a chance discovery.
“Tu fedel? tu costante?” is the complaint of an injured love. Both Handel settings of this text are for soprano, but in HWV 171a, as presented in the Koopman manuscript, the accompanying ensemble includes an oboe in addition to the two violins and continuo found in HWV 171. Otherwise, except for the absence of the introductory sonata in HWV 171, the new cantata is practically identical with the familiar version up to the end of the first aria. Thereafter it sharply diverges. HWV 171a was probably composed in Venice or Florence sometime prior to Handel’s first
arrival in Rome in late 1706. HWV 171 was completed by May 1707. 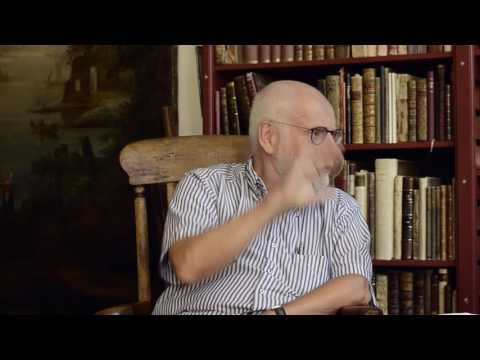 Amsterdam Baroque Orchestra & Choir (orchestra)More information
05-05-2017 Toccata
"
In Italy Händel became acquainted with the chamber cantata, one of the most important genres of that time .... Ton Koopman has recorded a CD with such cantatas with his Amsterdam Baroque Orchestra and two soloists. The occasion was an important discovery: the first version of the cantata TU FEDEL? TU CONSTANTE ?, which was in its private collection....
"
01-03-2017 Gramophone
"A prime selling point here is the premiere recording of an early version of the soprano cantata Tu fedel? Tu costante?, HWV171a, unearthed in Ton Koopman’s private manuscript collection."
13-02-2017 Musica dei Bonum
"Koopman's recording is very important because of the repertoire: one first recording and some other pieces which are not that well-known, in overall very fine performances."
06-02-2017 Fono Forum
"As always the playing is at the highest level"
20-12-2016 Pizzicato
"

Despite the presence of good soloists and a fine recording technique, this is a most disappointing production, since Ton Koopman’s conducting badly lacks inspiration.

All the while the Amsterdam players are a buoyant presence, whether in the energising continuo or the beautifully turned obbligatos from oboe, recorder and solo violins.

"
11-04-2016 NRC
"Koopman conducted his choir and orchestra with an enthousiasm that was sometimes rushed but also very contagious. "
09-04-2016 De Volkskrant
""And then the world received the gift of a new piece by Händel.""