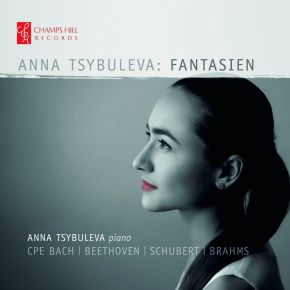 On 26 July 1809, in the midst of the Napoleonic wars, Beethoven wrote to his publisher Breitkopf & Härtel, requesting scores of works not only by his immediate predecessors Mozart and Haydn, but also works by Johann Sebastian Bach – by then dead for well over half a century – and by Bach’s most celebrated son, Carl Philippe Emanuel: “I have only a few samples of Emanuel Bach’s compositions for the clavier; and yet some of them should certainly be in the possession of every true artist, not only for the sake of real enjoyment but also for the purpose of study.” For Beethoven, this interest in music from several past generations of composers was entirely new; hitherto he had been content to study the most current trends in music, including French revolutionary music. This change of focus, coming as it did in the turmoil of war, may suggest that he desired to retreat into past certainties; certainly he now rejected his former fascination with revolutionary France and absorbed himself in German culture, including not only music but literary works by Goethe, Schiller and Wieland.