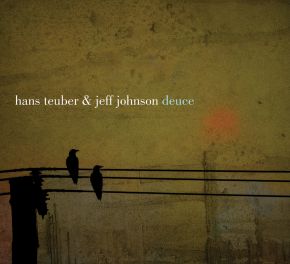 Saxophonist Hans Teuber and bassist Jeff Johnson began their musical association in 1990 when their paths intersected in Seattle. Both had recently arrived and they soon discovered the chemistry between them was substantial and uncanny. Performing together on all five of Johnson's recordings on Origin Records and on hundreds of performances, recordings and concerts over the last 25 years, their musical collaboration is highly intuitive and empathetic. Both diligently mentored in their teens by veteran jazz musicians, while simultaneously playing in a wide variety of musical situations, they each bring a rich palette of influences to their performances. From free improvisations to jazz standards, it’s all touched upon here somewhere, in the moment, completely natural, conversational and without pretension.