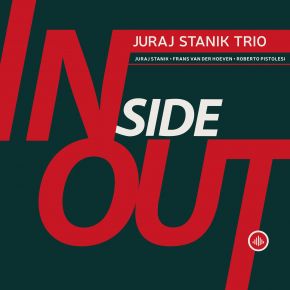 The title of this CD, Inside out, is an homage to the Dutch jazz pianist Rob Madna (1931-2003). I also would like to show gratitude to a generation of Dutch musicians of his time who were (and are) truly exceptional. With one of them, flugelhorn player Ack van Rooyen, I just completed an Indonesian tour (Jakarta & Bandung). Indonesia was the country Rob Madna originated from. While travelling, meeting new people and being subject to new impressions, Rob was often on my mind. He was not just a piano player and arranger. In fact, he was quite an influential musical character. Thad Jones asked him to write for and play in his famous Thad Jones, Mel Lewis orchestra. This indicates the level of his mastery. Bass player Frans van der Hoeven played in Rob Madna’s band for years. When I got back to the Netherlands, Frans and I decided to record at least one of Rob’s original compositions. Jazz musicians learn from listening to others. I have definitely learned a lot from listening to Rob’s music.

I always enjoy writing for and performing with my piano trio. When I write music for a jazz ensemble, I don’t want to dictate too much. Instead of putting a lot of information in, I prefer to give space. Hopefully this inspires the improviser to come up with original, personal ideas. I love it when skilled musicians turn a composition inside out!

When I was young, I performed classical music as a cellist. Most probably it influenced the way I write and play music. There are always melodies or ‘earworms’ lingering in my mind. Sometimes, I write a complete tune based on such melodies. At other times I endlessly experiment with form, shape and ideas. My aim is to give each tune a specific atmosphere. I am thrilled that Challenge Records gives me opportunity to distribute my music. For this album I selected a number of tunes that gives the listener a variety of musical colours. I hope that you enjoy the music as much as I enjoyed working on this project!
Juraj Stanik

The triumvirate managed to sort out everything superfluous and to find the arrangement and distribution of roles between the instruments in such a way that they seem appropriate to the musical material.

"
01-08-2020 Inmusic
"... a cool swinging jazz album full of fresh energy, musicality and fantasy."
23-06-2020 Rootstime
"Stanik has a velvet touch and knows how to create an intimate atmosphere. You can hear that especially in his fabulous version of "Soul Eyes" ... A surprisingly good CD, I will not easily forget the name Juraj Stanik."
19-06-2020 Jazzenzo
"Perfect production, which is a successful tribute to a great musician, who brought international jazz to international level."
12-06-2020 Jazzism
"An excellent pianist, Juraj Stanik. And someone who can make a stunning impression especially harmoniously."
03-06-2020 Jazzenzo
"A very nice traditional album"