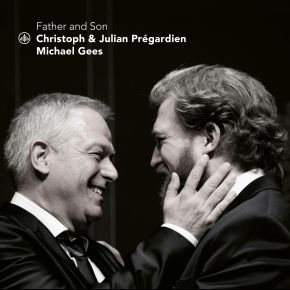 The conditions under which Schubert’s art of the song developed into a kaleidoscopically incandescent spectrum that crossed over genres and the institutionally set, historical boundaries disappear today as a rule under the pedestal that the late nineteenth century began to erect for the composer. The traces of improvisational practice were increasingly lost within a music culture that stylised the printed manuscript into a quasi sacred object. A particularly successful way of leading back to a fundamental impetus in Schubert’s art of the song is through an approach towards the songs that takes the moment of spontaneous performance seriously as a communicative act, without denying the work character of Schubert’s music. The idea of ‘one’ universal human voice seems to materialise with particular intensity in the commingling of two voices of similar timbre, which can permanently interchange and double their identity. Based on our knowledge for instance of the Schubertiade reminiscences of 1868, remembered and noted down by Moritz von Schwind, can we not imagine that the ‘Schubert singers’ Johann Michael Vogl and Karl von Schönstein might indeed have sung alternately (or even in unison)?

Christoph Prégardien:
When a second part suddenly crops up in a Schubert song, many people say of course: are we allowed to do this to Schubert? Even I had to be persuaded at first to consider the improvisational element, however, our approach to adopting it didn’t happen arbitrarily, but in the context of our awareness of music-making in past centuries.

Michael Gees:
You can formulate reasons that aren’t based on historical knowledge but ensue from the music itself. "Nacht und Träume” (Night and Dreams), for example – you listen to this music, you hear that it bears a potential within: the potential of starting out from the rather simple structure and being able to ramify practically into endlessness. This opens up spaces in which you can go on fantasising without bounds. In this context our versions are not actually “contrived”, but formed by “eavesdropping” on the music itself to a certain degree. If I hear it, I hear something like another “I”, another self, a corresponding multi-voice being.

Julian Prégardien:
In our arrangements we first and foremost wanted an encounter with the prodigious complexity of Schubert’s oeuvre in lied and to show that boundaries overlap! Schubert composed the song “Widerspruch” (Contradiction) in two versions in any case – namely the solo version and as an ensemble lied – and we are now in a way adding a third. With “Licht und Liebe” (Light and Love) we have also included an original composition for two voices, as well as dramatic ballads, convivial vocal ensembles and elegiacally meditative solo songs which we have “heard” anew and arranged in various ways.

Admittedly, the declination of some Schubert hits in duets or unison shows in an interesting way the similarity of the two timbres, which makes the very principle of aternance quite curiously fascinating since we begin to guess who is who. What is certain is that this vocal doubling makes each song a nice exercise more than a narration that would take us by the collar. Mitigation. Commonality.