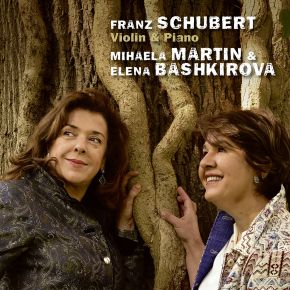 The Lightness of Schubert

“Schubert’s music is always associated in my imagination with a journey in a horse-drawn carriage. Outside, the scenery is
flowing by. Cities, mountains, rivers, lakes, villages. At times the carriage slows down, then it speeds up again, but I always
have that feeling of being on a journey. Not on foot and not on horse, but in a carriage on wheels.” (Elena Bashkirova)

The year 1816 ushered in a series of new beginnings for 19-year old Franz Schubert. He had applied for a music
teaching job in Laibach (and soon would probably be overjoyed in secret that he was turned down, thus avoiding
the task of school teaching, which he abhorred). He sent Goethe a notebook with songs of his pen, hoping, in
vain, that he would be allowed to dedicate them to the “prince of poets”. He dreamt of his future wedding with the
soprano Therese Grob. And he composed incessantly. Apart from countless songs, Schubert’s catalogue already
included a half-dozen works for the stage, three masses, sixteen string quartets, overtures, piano music, and
choir pieces. Now, in the course of just a few weeks, he wrote his 4th Symphony, the “Tragic”. A cantata likewise
flowed from his pen. And the Stabat Mater. Fourteen new songs. Furthermore: three sonatas “for fortepiano and
violin”, his first chamber music works for violin.

Schubert probably intended these sonatas as music for domestic use: perhaps for Ferdinand, his favorite
brother, who, one year thereafter, arranged them for orchestra with Schubert’s approval.

Or perhaps they were
destined for the convivial circle of friends who gathered on a regular basis to make music, read out loud to one
another, and have lively discussions. Schubert also took up the violin himself at times: in his school days, he had
been the leader of the orchestra at the Vienna Stadtkonvikt (Municipal Seminary), where he was a pupil.

He thus
may have played these sonatas himself on the violin. We do not know. The sonatas were only published in 1836,
many years after Schubert’s death: publisher Anton Diabelli gave them the title “sonatinas”, and the name has
stuck until today.

Indeed, despite their brevity, and although at first glance they seem relatively easy to master in
terms of technique, the seemingly harmless epithet conceals a richly varied musical cosmos we can discover
through these works.

(Excerpt of the line notes by Eva Blaskewitz)

This CD is filled with delight from beginning to end....In every way, this is an excellent recital.

"
01-10-2021 De Nieuwe Muze
"
In the playing of both you experience a degree of patience and reflection, which allows Schubert's music to speak for itself - or rather, sing.
"