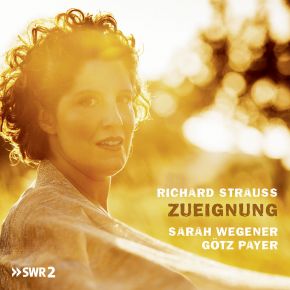 “Without wanting to detract from the genius of Schubert or Schumann, we [Re: Sarah Wegener & Götz Payer] have a different answer: we would have loved to live at the turn from the 19th to the 20th century, ”fin de siècle”, amidst the transition from Naturalism to Modernism with the currents of Jugendstil and Impressionism.

What a time that must have been, when composers of the likes of Reger, Mahler, Schoenberg, Webern, Berg, Alma Mahler-Werfel, and Zemlinsky were in their prime, along with Richard Strauss, perhaps the most dazzling representative of his generation. Not to mention all the outstanding composers in neighboring European
countries.

We should not forget how important poetry was in those days. Many poets we now find unfamiliar – Otto Julius Bierbaum, Herrmann von Gilm, Detlev von Liliencron, Charles Mackay, Felix Dahn, and Richard Dehmel – were widely admired, and their texts were set to music by countless composers.

Take, for example, Richard Dehmel, whom we have just mentioned. Hundreds of musical settings of his poems exist, and his output inspired artists such as Karl Schmidt-Rottluff and Ernst Ludwig Kirchner to create entire cycles of paintings. The artsong catalogue of Richard Strauss contains over 200 lieder, with a number of Dehmel settings including “Befreit”………

These songs have been part of our lives for many years; among our personal favorites, we count lieder such as “Morgen!”, “Allerseelen” and “Zueignung”, which are justifiably popular and beloved.

It is a wonderful feeling to be able to grow and mature in tandem with music we have known and loved for a long time. If we were to write down our own personal experiences associated with Richard Strauss in a book, we would recount precious moments such as serving as a page-turner for Jessye Norman’s vocal recitals of Strauss lieder, or the first cautious approach to Strauss during voice studies, finally leading to the pleasure of performing his orchestral songs under the batons of Mariss Jansons and Vladimir Jurowski.( Excerpt from the booklet)