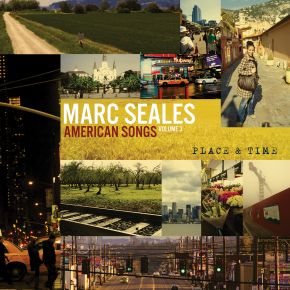 Whether performing with the heaviest jazz luminaries or with his own bands, pianist Marc Seales' deeply lyrical and blues-based approach to modern jazz has helped define the sound of Jazz in the Northwest for several decades. For his third recording in his "American Songs" series, Seales brings together his longtime compatriots - guitarist Fred Hamilton, drummer Gary Hobbs, and bassists, Jeff Johnson and Dave Captein - to tackle a set that includes R&B / Soul classics such as Curtis Mayfield's "Pusher Man" and "Freddie's Dead," the Jimmy Webb hit "Wichita Lineman," and a collection of Seales' originals, inspired by places and journeys.