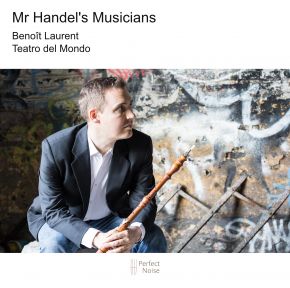 MR HANDEL'S MUSICIANS
A great celebration of Handel in the first decades of the eighteenth century in London. The musical global citizen at the harpsichord, surrounded by friends and colleagues. Works by this famous Saxon are performed, but also compositions from the pens of his by no means less distinguished orchestral musicians please the ears of excited listeners. Sometimes a movement from a favourite opus is
heard, or an arrangement of a currently popular aria from an opera, and sometimes a freshly composed sonata.
Mr. Handel’s Musicians - this doesn’t refer to just anyone: several of Europe’s most sought-after musicians performed among the ranks of the opera company at the Haymarket Opera House. The brothers Castrucci, John Loeillet of London, Johann Ernst Galliard, and Giuseppe Sammartini played under Handel’s direction at the King’s Theatre, and thereby contributed to the overwhelming success of his works.