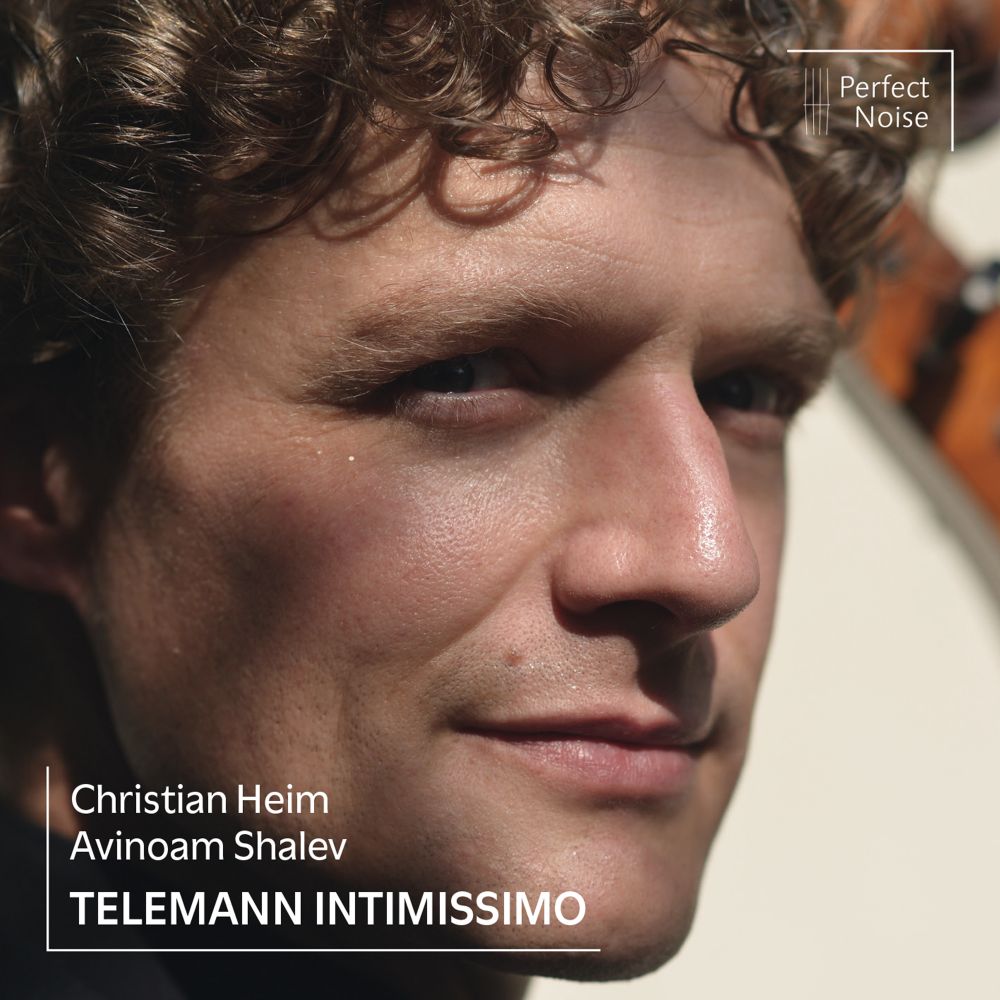 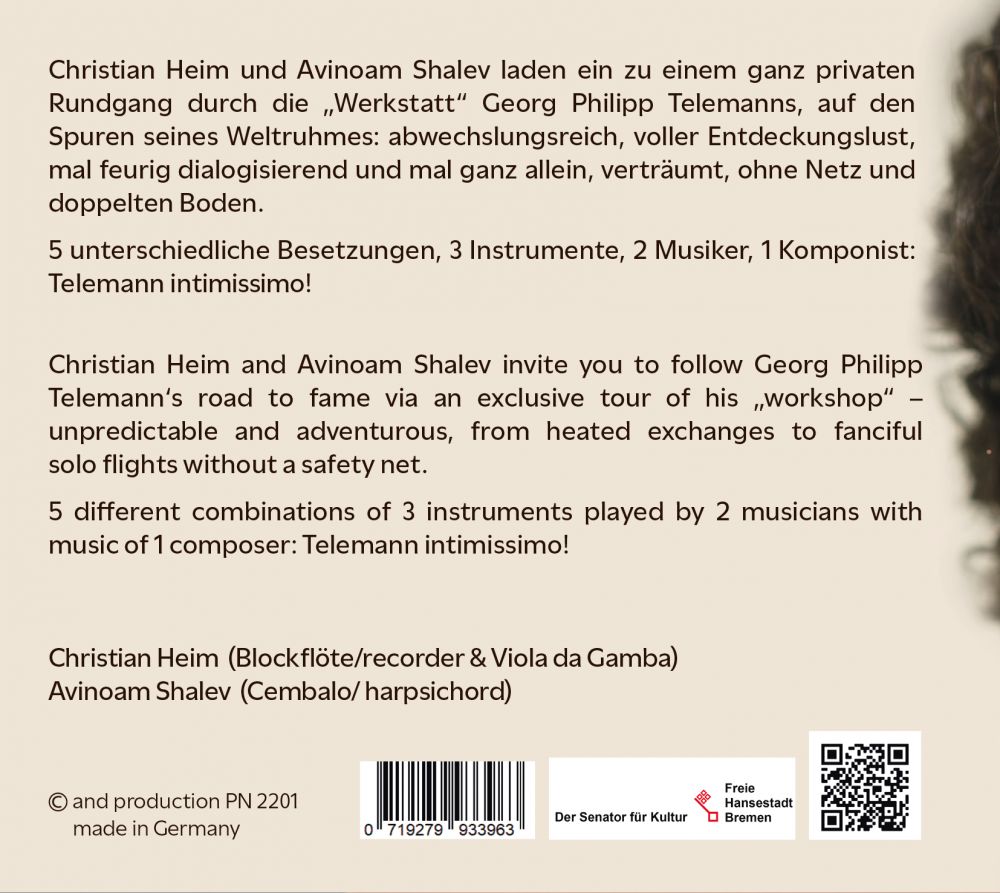 Christian Heim and Avinoam Shalev met while playing with the Baroque orchestra „la festa musicale” and have performed together in different ensembles ever since, including Ensembe La Ninfea. This album, their first duo project, allowed them to apply their curiosity and enthusiasm to an exploration of solo and duo combinations. Their mutual inspiration and communication are a catalyst for new ideas and further cooperation. Christian Heim (viola da gamba/violone/recorder) lives in Bremen, Germany, but grew up in Pinzgau, Austria. Surrounded by ancient traditions, he soon developed a fascination for historical life, which in turn sparked his interest in early music. He went on to study recorder and cello at the Mozarteum in Salzburg and viola da gamba at the Hochschule für Künste in Bremen. Since then, his instrumental repertoire has grown to include every instrument in the recorder and viol family, and he performs as a solo artist as well as in chamber music and orchestra projects. His versatility makes him a well-appreciated partner in cooperations with various ensembles and conductors, with whom he has performed on more than 30 CDs. He performs regularly with Ensemble Weser-Renaissance (Manfred Cordes), Sirius Viols (Hille Perl) and la festa musicale (Anne-Marie Harer) and is a frequent guest with Teatro del mondo (Andreas Küppers), Capella de la Torre (Katharina Bäuml), Ensemble Art d'Echo (Juliane Laake), Gaechinger Cantorey (Hans-Christoph Rademann), Ensemble Schirokko (Rachel Harris), Das Kleine Konzert (Hermann Max) and the RIAS Kammerchor. He has performed in opera productions under the direction of Andrea Marcon (Frankfurt) and Václav Luks (Kiel) as well as in Mexico with Los Temperamentos. His solo programs, in which he often plays both recorder and viola da gamba, show his skills on multiple instruments. His interest in new music and enthusiasm for dialogue with living composers has led to appearances in various world premiere performances. As one of the founders of Ensemble La Ninfea, he is able to create unique programs for which he often does extensive research, writes arrangements and serves as artistic and musical director. He is also passionate about teaching music and passing his vast knowledge about historical instruments, the art of making music and music of different epochs on to his students.